Judy Murray OBE is a former Scottish international tennis player with 64 national titles to her name. She became Scottish National Coach in 1995, the same year that she became the first woman to pass the Lawn Tennis Association’s Performance Coach Award. She initiated the Scottish Development School programme which ultimately produced four Davis Cup players and one Fed Cup player, including her Grand Slam winning sons, Jamie and Andy. In 2011, Judy was appointed Captain of the British Fed Cup Team and used this role to grow the profile and numbers in women’s tennis across players and coaches. Judy has developed several tennis initiatives including Miss-Hits, a starter programme for girls age 5 to 8, Tennis on the Road, which takes tennis into remote and deprived parts of Scotland, and She Rallies, a programme with the LTA, to encourage more women into the tennis workforce across the UK.

She has written a memoir of her life ‘Knowing The Score’ and has been awarded 6 honorary degrees from universities across Scotland. Judy is regarded as one of the worlds leading experts in physical skill development in children.

She has appeared in Strictly Come Dancing and is the presenter of ITV series Driving Force which showcases the lives of Britain’s most successful sportswomen. 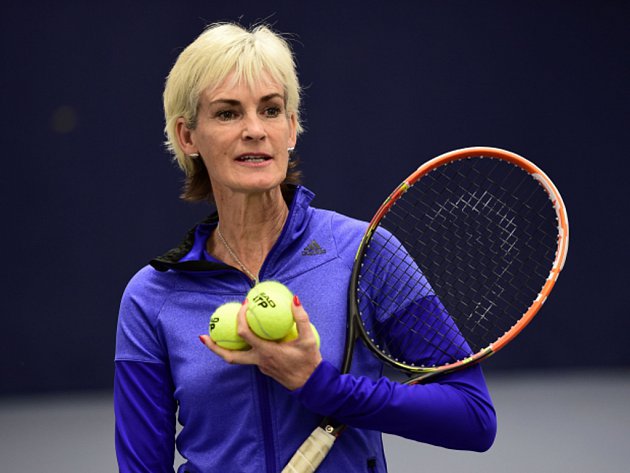 A coach for more than 30 years, Mike is the Director of evolve9, an international company that helps federations and providers design and implement tennis programs for children.

He has been a keynote speaker at three ITF Worldwide Conferences, and presented at multiple USPTA World Conferences, PTR International Symposia, plus multiple National Conferences.

A Level Five LTA Coach he is also presented and worked in over 80 countries, supporting the development of tennis in five continents. Through evolve9, he has recently been involved in the development of Evolution Kids Tennis, now the National U10 program of Serbia, and used by over 50 clubs worldwide. His child centered approach has been used to develop the National Competition programs for Serbia and Norway.

He made major contributions to programs around the globe including designing and supporting the Junior Program of Sportime NY, Home of the John McEnroe Tennis Academies.

Mike was also the author of the ITF Tennis10s manual, the Official U10 Program of many nations across the globe.

Through all these programs he continues to work with clubs across the globe helping them to fully implement child centered principles in their programs with aim of engaging, retaining and developing more players. 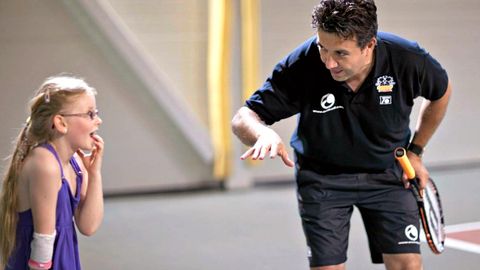